Get Microsoft Project On MAC, iPad or Android

Run Microsoft Project on other platforms apart from Windows

If you Google running Microsoft Project on a MAC or iPad you will see many articles explaining that Microsoft don’t do a version for MACs so you can’t run it. Don’t believe it, yes you can, and here’s how.

This article comes under the category of “Why didn’t I think of that earlier?”  Your Office Anywhere provide Cloud Hosted Desktops and Remote Applications and one of the common 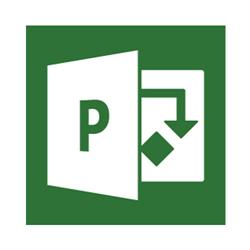 reasons people ask to host thier applications with us is that they need to work on a MAC.

We had an enquiry from a customer to try a demo of hosted Microsoft Project, we set this up for her and she called the next day to say how delighted she was with it and that she’d like to sign up for the service – fantastic. Then she said she had tried the method to run it on a MAC, and that worked great as well which meant she could also run it from her MAC at home.   This reminded us that there is be a huge range of people who want to run MS Project on an iPad, MAC or even an Android tablet and just assume you can’t. So, this article will explain how, and if it’s helpful to you please share it.

Hosted Desktops look and feel very much like a normal desktop PC you may use in your office or at home.   The difference is that everything is running on a computer “In the Cloud” or in actual fact, in one of our secure UK data centres.   All the applications, all the data, and all the processing happens on the cloud servers.   All you need is an Internet connection to run Windows and the application as if it was installed on your own PC. If you’re an organisation with many users they can all share the same applications and have access to shared data on the server at the same time.

Microsoft have brought out the Microsoft Remote Desktop Client for Apple devices which is available from the Apple App Store. By installing this client you can run the applications on a hosted Windows desktop on your Apple device as if they were running locally.

The other beauty of Hosted Desktops is that you are licencing everything on a monthly basis, so if you needed MS Project to help with, well a project, then you just rent it for the duration and cancel once your complete, you don’t need to purchase Project, which let’s face it isn’t cheap (£660.00 at time of writing), and if the project over runs you just carry on renting until it is complete – I am sure you could pass this on if you wanted as a valid “business expense” to your client as well.

Using Microsoft Project on a hosted desktop is no different than using it on a local PC. You can save mpp files to your PC or Macbook Pro so that even if you suspended the service you could use the files later or on another copy of Project.

You don’t have the hassle of other alternatives like Parallels where you have to licence and install Windows operating system as a virtual machine on your Mac.

The windows environment is fully supported and maintained by us, including backups, anti-virus, and managed Windows updates. We include the most update to date version of Microsoft Project, and as more and more people are working from home they can all run MS Project on whatever device they choose, not just PC and Mac they can also run Microsoft Project on Android tablets and Chromebooks.

Hosted Microsoft Project from Your Office Anywhere is just £38.00 per user per month. If you want to try out a free 2 day risk free trial just call 01282 500318 or contact us using the form below.