Home > Info Hub > How to access remote desktop via the internet

Back in the good old days of dial up internet Remote Desktop Services or Terminal Services as it used to be known was only available to organisations could afford the staff, software and hardware to provide the solution in-house. The costs of implementing such a solution for even a small number of users could run into the thousands and thousands of pounds. These types of solutions would allow large organisations to give access to applications like Microsoft Office or any other application without installing the software on lots of computers. This meant that you could access your applications from any computer on the company network.

Fast forward to 2004, with broadband become more prevalent and faster this technology was available to pretty much anyone who had a broadband connection. Small businesses ( <100 staff) could now offer similar solutions to their staff using Windows Small Business Server 2003. The problem with this type of solution was it still needed some pretty specific skills to setup the solution and and the cost of the hardware and software would still leave a sizeable hole in your bank account. However the biggest issue was remote working. If you had mobile sales force or staff that worked from home they could access the system over the internet but poor upload speeds meant the end user experience was poor. This is still the case today in 2011.

At around the same time a number of SaaS (Software as a Service) providers started to emerge. This service often called software on demand or “Pay-as-you-go” allowed businesses to access their applications over the internet for a fixed monthly fee.  It also offered the following benefits:

The technology behind this solution was in most cases Microsoft Terminal Services but the problem at the time was people didn’t really understand the concept or more importantly if it was a service they wanted.  The companies providing these solutions would buy space in large datacentres that had very fast internet connections and the customer would use the remote desktop protocol to access the system.

Fast forward another 6 years and whilst SaaS is a phrase still used by people within the IT industry everyone else refers to the place where the software is located to as “The Cloud”.

NOTE: These services are not to be confused with the GoToMyPC, LogMeIn, PCAnyWhere type solutions. All these services do is allow you to access YOUR computer. Which is fine until your house burns down or your internet connection fails.

If you need to access your applications over the internet using any one of the “Cloud” providers then there is more than a fair chance you will be using Remote Desktop in some shape or form.  Your software will also be hosted on a virtual desktop or VPS (Virtual Private Server) running either Windows XP, Windows Vista, Windows 7, Windows 2003 or Windows 2008.  This much is certain, what will differ is how you access your software. This will be determined by the provider you have chosen to host and manage your applications but will be one of the following:

This process use the remote desktop connection on your computer (MSTSC.EXE) to establish a one to one connection with the server where your applications are installed. Once connected you are presented with a Windows desktop. 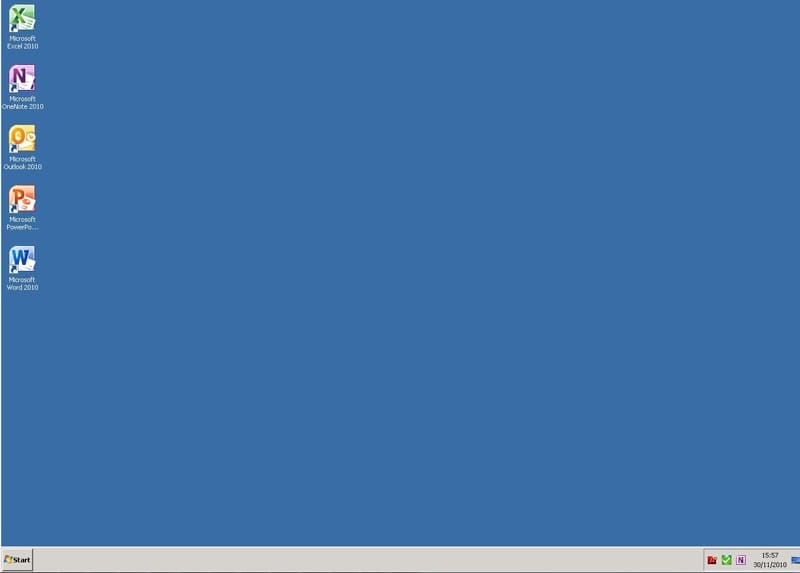 From here you can run all your applications and work like you normally do. You will usually be allocated some disk space where you can store your data and when you print anything your documents will be printed on your printer using the easy print system that was introduced in Windows 2008. There are a couple of drawbacks to using direct RDP and these are:

This method is almost identical to Direct Remote Desktop in that once you have logged in you are presented with a Windows desktop with your applications on the desktop. The main difference with RDP over HTTPS is rather than use port 3389 to connect to the server you use the HTTPS port which in 99.9% of cases wont need any changes to your firewall.  This process also adds extra security and resilience. The extra security is provided by means of the Remote Desktop Gateway this gateway pre-authenticates your account before allowing you access to your desktop.

Remote App is the process of bringing an hosted application through onto your desktop. Again the underlying connection mechanism for this is MSTSC.EXE however the operating system requirements are different. The complete list of requirements can be found here.  I could go on and on about how good this is but the best thing to do is see for yourself by watching this video.  Remember when Word 2007 is launched it is being run from a computer in a datacentre not on your PC.

Using someone else’s computer and need access to your apps. No Problem. Simply log into the the website that your provider should publish and you will be able to launch your applications from Internet Explorer. 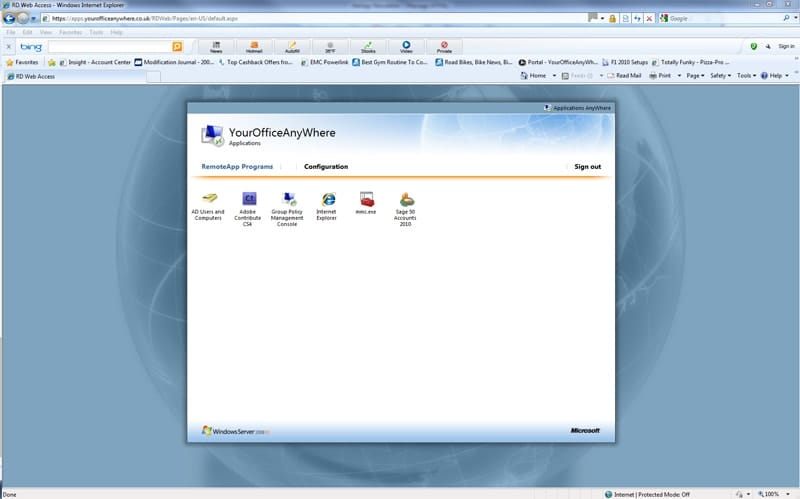 This article would be incomplete and a little one sided without some mention of Citrix.  Citrix have been the market leader for delivering enterprise terminal server based solutions.  They are unmatched in this arena, even Windows 2008 R2 with all its features and benefits is still no real match for a Citrix solution within an enterprise environment.  (When I say enterprise I mean a large organisation (>200 seats) with multiple locations usually with their own IT dept. and fairly deep pockets.)  The internet is littered with success stories from Tesco and other such multinationals but there aren’t many from “Joe Bloggs Building Supplies”. Why? Because it costs a lot of money to buy, rent, implement and once you take all the enterprise based functionality away you are left with not much more than is offered by Windows 2008 R2 out of the box.

So if a provider says they are running Citrix then you will be paying extra for that privilege. You  then need to be asking the question what do I get that I cant get from a provider who doesn’t use Citrix chances are it will be hard to justify the extra cost.

Request a Call Back