IT Computer Systems for Start-Up Companies

How start-up and small businesses and can get Enterprise level IT/Computer systems.

I was at a business networking event recently and on introducing myself to people at my table I was asked “So what’s this Cloud stuff all about”.  I could have done worse than to give the title of this post as the answer.

I’ve had the pleasure of working in a huge range of businesses, either as an employee or consultant, and have seen everything from state of the art, multi-site data centres to single dusty (very) old servers propping up a shelf in the corner of the warehouse office.  Yet they all share that one same function in that they are critical to the businesses they support. So what is it that IT departments of the big “Enterprise level” companies have that the smaller firms or start-up businesses also need, and how do they get it without giving the accountant heart failure.

Here’s a quick list of the things that corporate IT departments are expected to provide, things which very often the SMEs and particularly start-up businesses have to compromise on.

So, how does the small business get this level of IT infrastructure and support?   The answer is “Very easily”, and “Very cheaply”, and if you read the first paragraph, this is 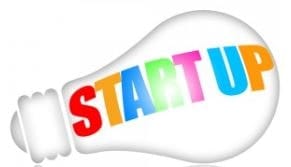 what this Cloud stuff is all about. I make no apologies for the fact that this article seeks to promote Your Office Anywhere, but I think the thing that customers and potential customers sometimes miss is that by hosting with us they will be getting a level of IT infrastructure and support that would be the envy of many Enterprise level corporations. Let’s look at an example. A small business owner needs to run his off the shelf accounting package for him and a colleague to use.  Instead of buying an entry level server to share the application he decides to host it with Your Office Anywhere around £25 per user per month. What he gets for this is:

This is how Cloud computing with Your Office Anywhere can provide Enterprise level IT for any size of business.