One of our customers has upgraded Sage Payroll to include the RTI feature required by HMRC. We knew that Payroll was working prior to this for the customer so it must have been something to do with the upgrade. They had Sage support but had no joy from them they were just told “it is an issue with your operating system”.

We had a version of Payroll running on another server in our infrastructure for a different company so at this point we knew it wasn’t the infrastructure and was related to a requirement of the operating system or an issue with the Sage install. 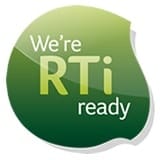 So we uninstalled Sage Payroll and reinstalled it – no joy.

We then compared the two systems that were behaving differently i.e. the one that was working and the one that wasn’t. After some investigation we determined that .NET Framework 3.5 was NOT installed on the system that was failing to launch the RTI feature.

At YourOfficeAnyWhere we host pretty much any application and we can host Sage Payroll for you from as little as £28.50 per user per month. So if you are struggling to get it going why not host the application with us and let us take care of the Payroll system for you.