Well we finally had confirmed what we already thought – YourOfficeAnyWhere are the largest provider of Remote Desktop solutions in the UK.

Obviously there are lots of providers in the UK who are claiming this but we have the hard facts.

So how do we know this is the case? 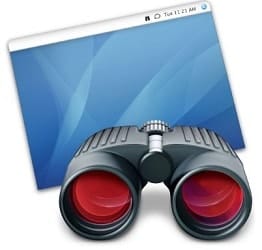 We declare our licenses through Microsoft distribution and there are three main suppliers where we can purchase these licenses. Currently we use Ingram Micro – “Ingram Micro are the top revenue SPLA reporter in the EMEA (Europe, Middle East, Africa) area (SPLA is the license agreement we use) and have the largest number of SPLA partners in the UK currently reporting the second largest monthly amount (the total amount of reported revenue reported through SPLA partners)”.

Ingram Micro confirmed to Michael Carter – Director at Cardium Outsourcing Ltd who operate YourOfficeAnyWhere that Cardium are “the largest Microsoft Remote Desktop license reporter aligned to Ingram Micro in fact Cardium report 300% more licenses than the nearest competition. Including all other licenses declared on a monthly basis Cardium are their third largest in terms of the total amount declared (licenses/revenue) on a monthly basis”.

The above is important as we are now proven to be the largest UK remote desktop provider we are more than happy to provide the email from Ingram Micro that documents this.

Obviously with so many users on the system and a platform that is adding users month by month and not losing them, it proves our commitment to customer service is second to none. So if you want the largest and best application provider in the UK you now have the facts that will help your decision. If someone else claims to be the largest provider of remote desktops in the UK ask them to prove it!